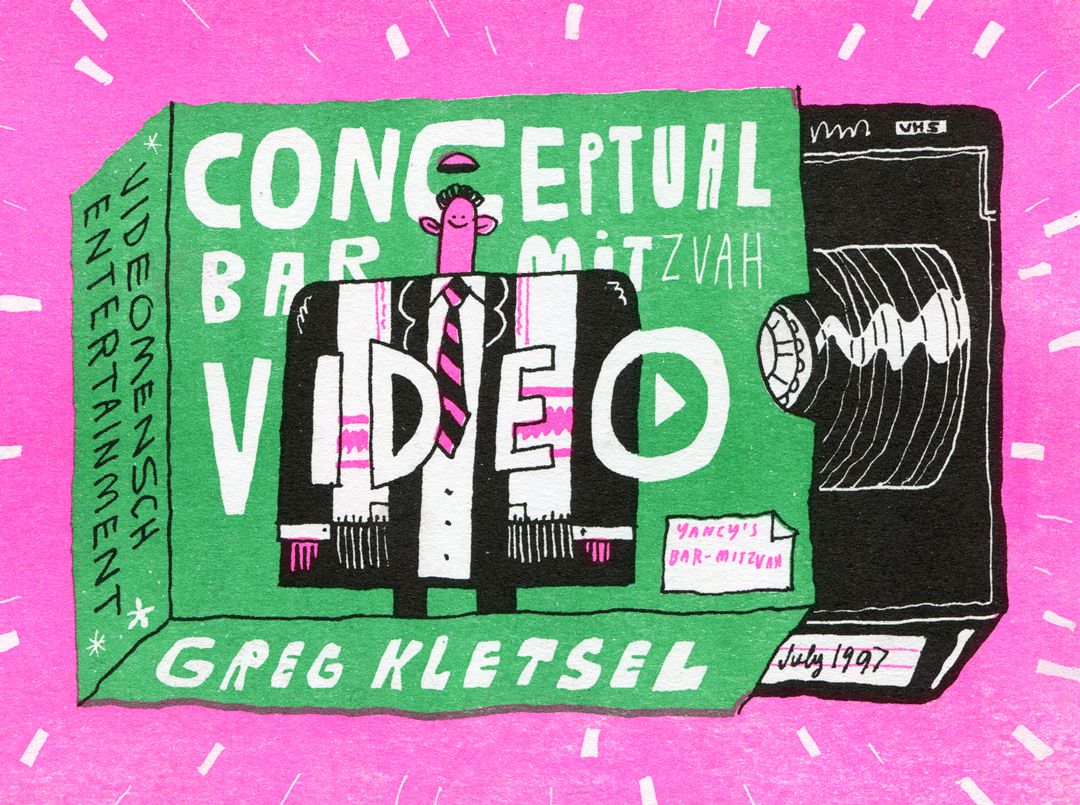 When we think about original artwork that sits at the intersection of pop culture and character design, we think about Greg Kletsel. Greg's style is personal, prolific, and entirely out-of-the-box. And, that's what got us excited about this interview. Jump into this rabbit hole. You will not be disappointed.
—
Can you tell us a bit about you—where you come from and how you got here?
My name is Greg Kletsel, and I’m an illustrator, character designer, educator, sketchbook-filler, zine-maker… Basically, I like to draw, and that’s what I do most days whether for work or for fun. My drawing started in South Florida, where I was born and raised on lots of TV, pop culture, and video games—the usual things with which a kid in the 90s grew up. After studying graphic design at the University of Florida, I worked at a small design firm in Miami, called Doink, and then, I moved to New York City and worked for a few branding agencies.

I made the jump to illustration in 2011 and have been doing that ever since. That career change has led to lots of different opportunities, from working with The New York Times, The New Yorker, ESPN and Netflix, to creating an animated short for Nickelodeon and teaching a sketchbook class at Pratt Institute in Brooklyn. I’m now based in Atlanta, where I continue to work as an illustrator.
How did you discover art? Was there a moment or event that set you on this path?
I’ve been drawing since I was a kid, copying all the comic book and TV characters of which I was a fan. I wanted to be a Disney animator when I was young. Disney was a big thing growing up in Florida! We’d go to the theme parks all the time. You could see the animators’ desks on the animation studio tour at MGM Studios, and I think that was pivotal.

The idea that I could be a grown up—who draws for a living—was mind-blowing to me. I sort of moved away from that idea as I got older, but I had a few friends in college who helped me find my way back to art as a career path. They saw me drawing all the time, instead of taking notes, and they helped me realize I was in the wrong major (Advertising with Pre-Med). Luckily, I found the graphic design department at The School of Art and Art History at UF. As a developing artist, it gave me structure, and it helped me understand commercial art.

Moving to New York was also an important event on the road to becoming an illustrator. In NYC, I was able to reconnect with a lot of my former design classmates, as well as a broader community of artists and creative people in the city. I also found my way into independent comics festivals, like MoCCA Fest and Comic Arts Brooklyn, exposing me to a whole new world of art. I think that helped me find my way on this roundabout journey of drawing for a living, which was the ultimate goal. 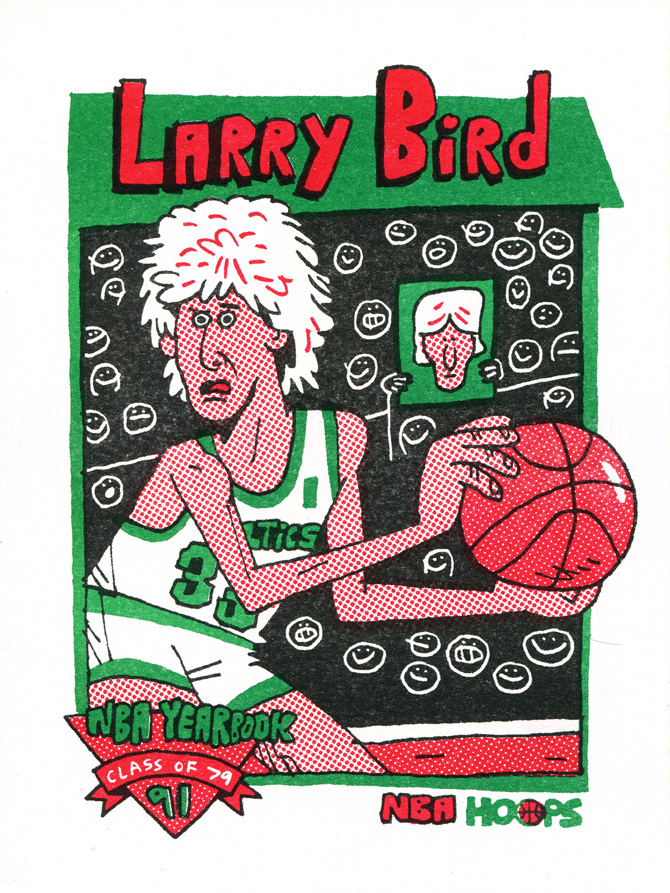 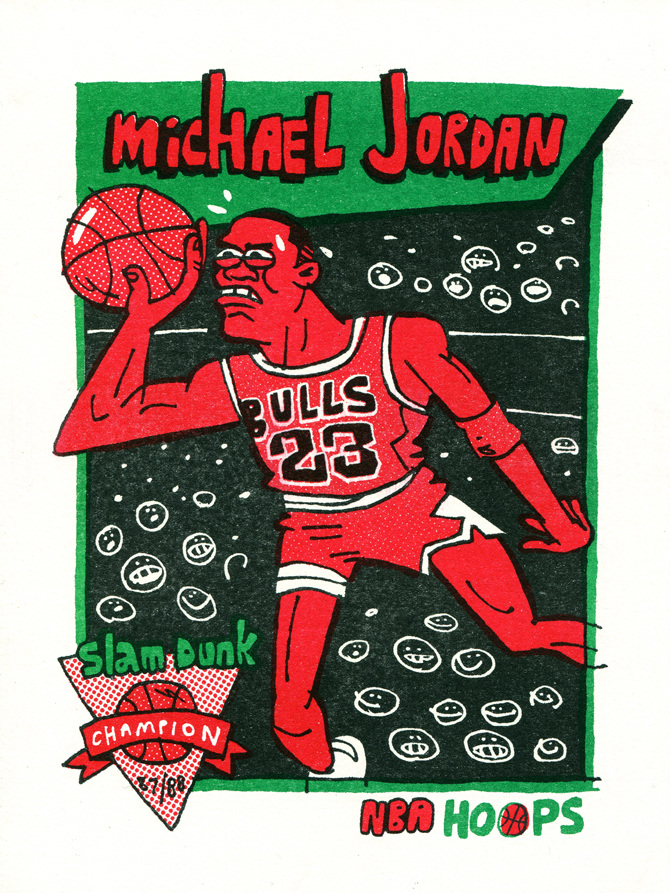 "The idea that I could be a grown up—who draws for a living—was mind-blowing to me."
If you could organize an event—dinner, show, party, barn raising—with five artists, who would they be and what would happen?
I’m going to break the rules here and name 10 artists I’d like to hang out with: Barry McGee, Lynda Barry, Wes Anderson, Sarah Silverman, RZA, GZA, Bill Murray, Quentin Tarantino, Whoopi Goldberg, and Paul McCartney. Barry McGee was/is a huge influence. I was introduced to his work by one of my professors during my freshman year of college, and it opened up my mind to so many possibilities. His work, along with other artists in Juxtapoz Magazine, helped me connect with what I was studying in art school. I visited New York in 2005 and was lucky to see one of Barry McGee’s shows at Deitch Projects. I think that trip subconsciously played a role in me moving to New York a few years later.

What ideas define the way you work? How would you describe your process to an outsider or brand? Is there a moment in your process that defines your work?
The moment I start drawing in my sketchbook is when a project really begins for me. Everything I think about or try to communicate in my work, whether it’s pop culture nostalgia or my personal history, gets filtered through the pages in my sketchbook and the characters that inhabit them. My process includes a lot of iteration, exploration, and doodling. I fill pages with ideas. If I have empty space, I fill it. The art and artists I’m drawn to typically have a lot going on in their work, visually. I’m not exactly sure why I’m attracted to this kind of maximalist aesthetic, but it might have something to do with being bombarded by media my entire life.
When you think about your work, what emotion are you looking for? Are there certain ideas that you hope shine in every piece?
I hope a sense of playfulness and humor shines through each piece I make regardless of the subject matter. I want people to look at my work and smile and nod in acknowledgement in some way, like “yes, that’s me.” There’s a connection to my childhood that I’m trying to capture or tap into—maybe a sense of innocence or identity. That’s how I made friends growing up, we liked the same pop culture junk. We all have that shared history of growing up glued to the TV. Even if an illustration I make has no overt connection to that stuff, I think it’s clear that I was shaped by it. My characters and drawings are a bit off, strange, and weird. That’s how I felt as a kid. 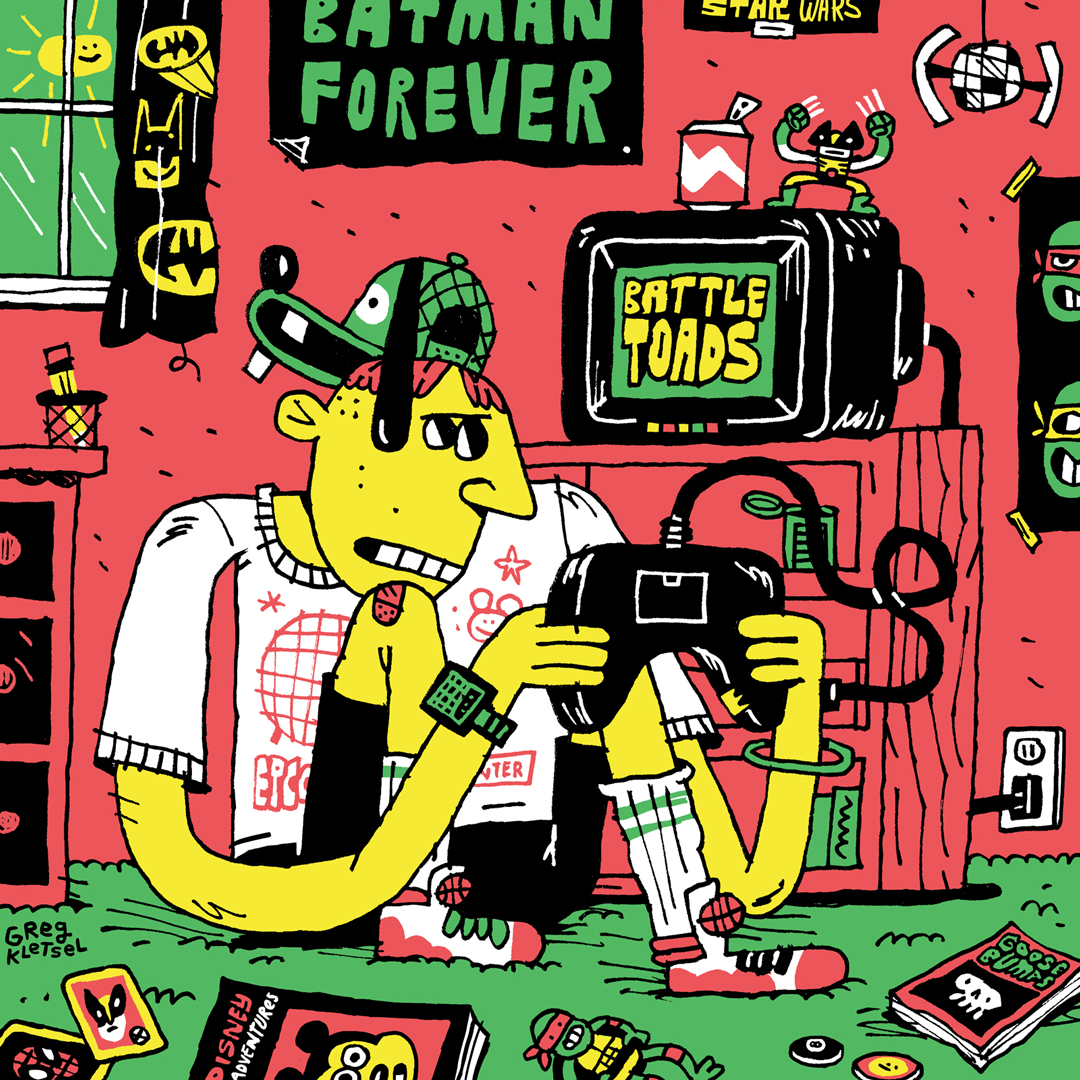 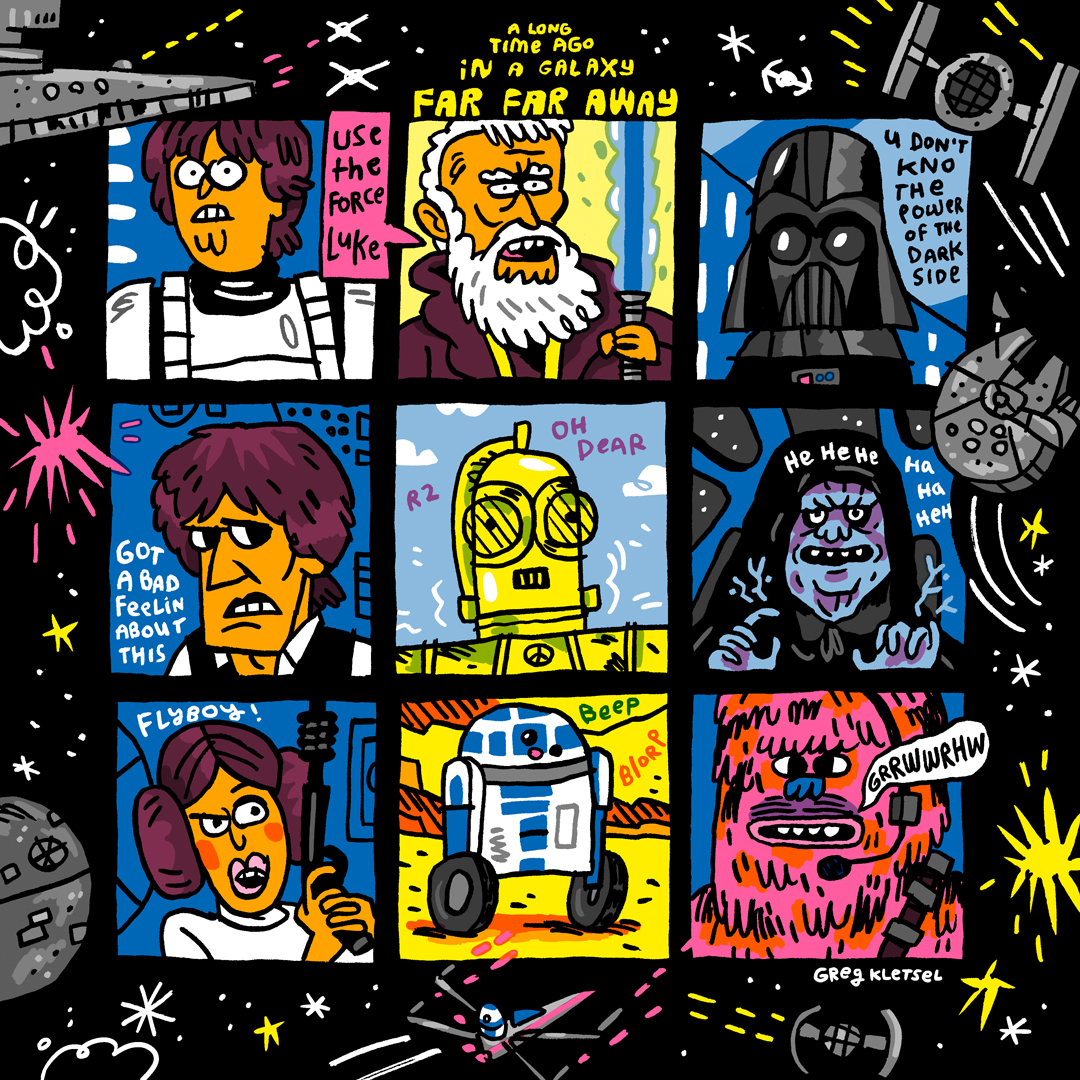 Who are your favorite people to work with and why? Is there a way of working that attracts you to them? What’s their vibe?
I love working with friends, especially when they are also artists and creators themselves. It’s inspiring when you can find people who share a similar sensibility, taste, or sense of humor, and you can merge your brains into a collaborative project. My favorite collaborators are my friends Des and Val. We first started sending ideas back and forth via email in 2012, and those emails turned into self-published zines.

Our biggest collaboration is an animated short for Nickelodeon, called “Farkels.” They are the two funniest people I know, and their sense of humor matched the kinds of things I wanted to draw. It’s crazy how something like one random email exchange can turn into multiple projects over many years, including creating a cartoon for a TV channel that we grew up watching. 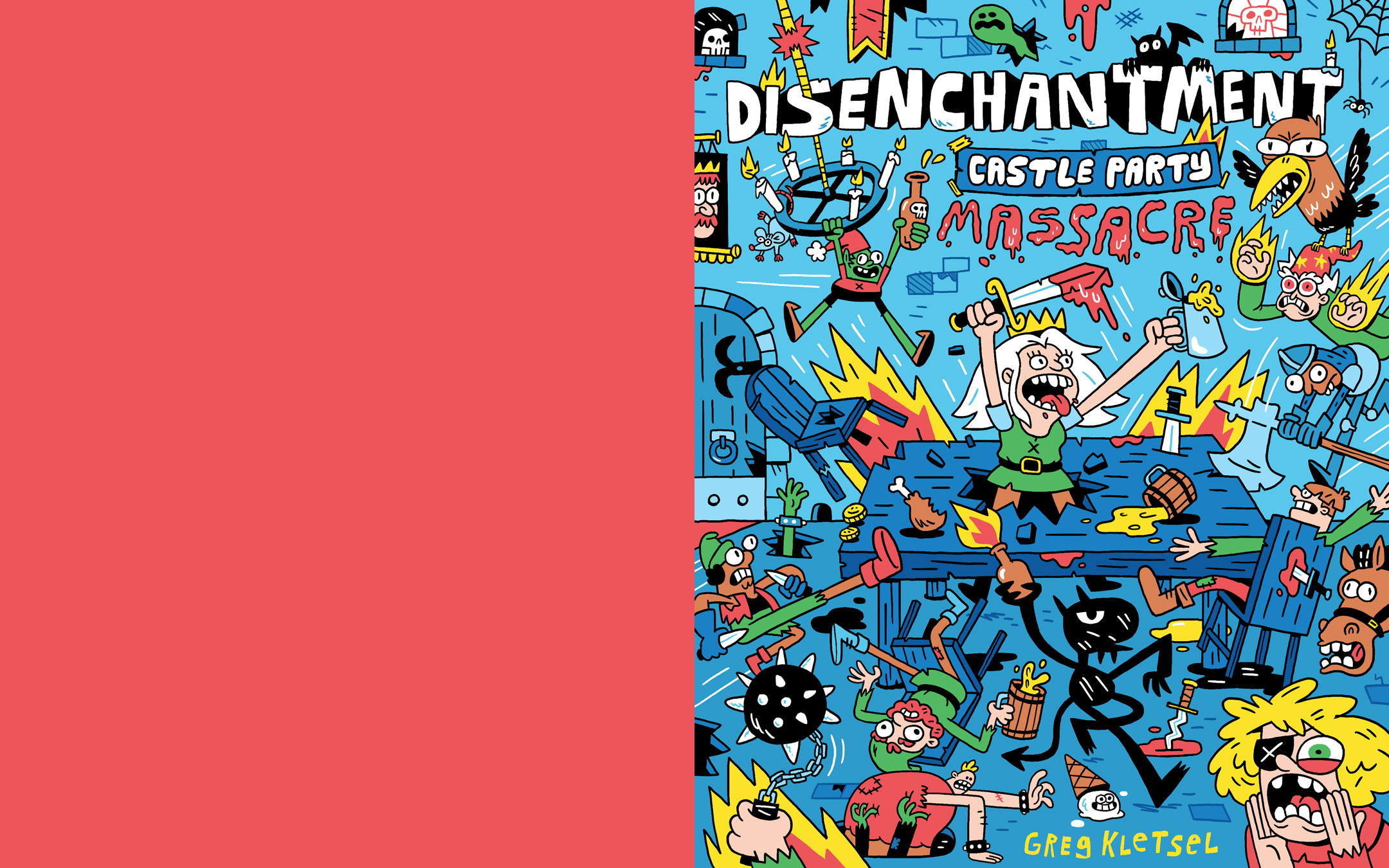 When you create artwork for a brand, what are you trying to achieve? What do you need to know? What should a brand avoid when they work with you?
My main goal with every project is to creatively solve the project brief, while providing value to the client and audience. I think that might be ingrained in me from my graphic design days. At the same time, I’m also trying to achieve the best image I can make, something that is creatively fulfilling. I love it when a project hits that sweet spot of meeting both our goals.

Issues can sometimes arise when a brand asks you to change the way you work, or your particular voice/style to meet their needs. “We love your work, but can you make it look more like this particular reference?” That’s when problems arise. I can draw in multiple styles and flavors, but I want to be hired to create my best work, rather than a watered down version of someone else's work.
What brands, in your opinion, use art to elevate their meaning and importance in our lives? Is there an example that stands out in your mind?
I think Headspace is doing a great job in utilizing art to elevate their brand. I’ve always loved their app and the illustrations and animations throughout. I just worked on their Netflix show, Headspace Guide to Meditation, creating concept art for a few episodes with Augenblick Studios. Some of the concepts of meditation, mindfulness, awareness, etc. were really tricky to communicate, especially while trying to extend their brand aesthetic into new territory. It was a challenging but rewarding project. 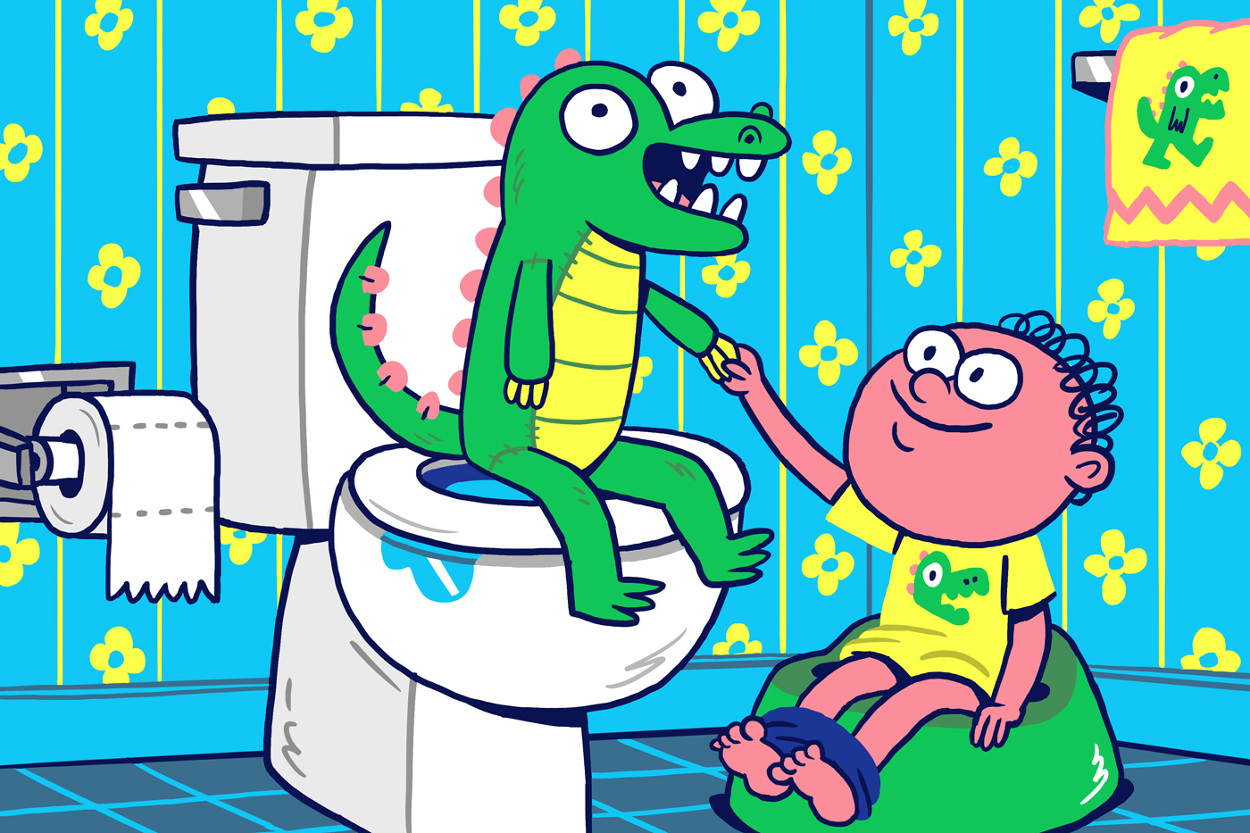 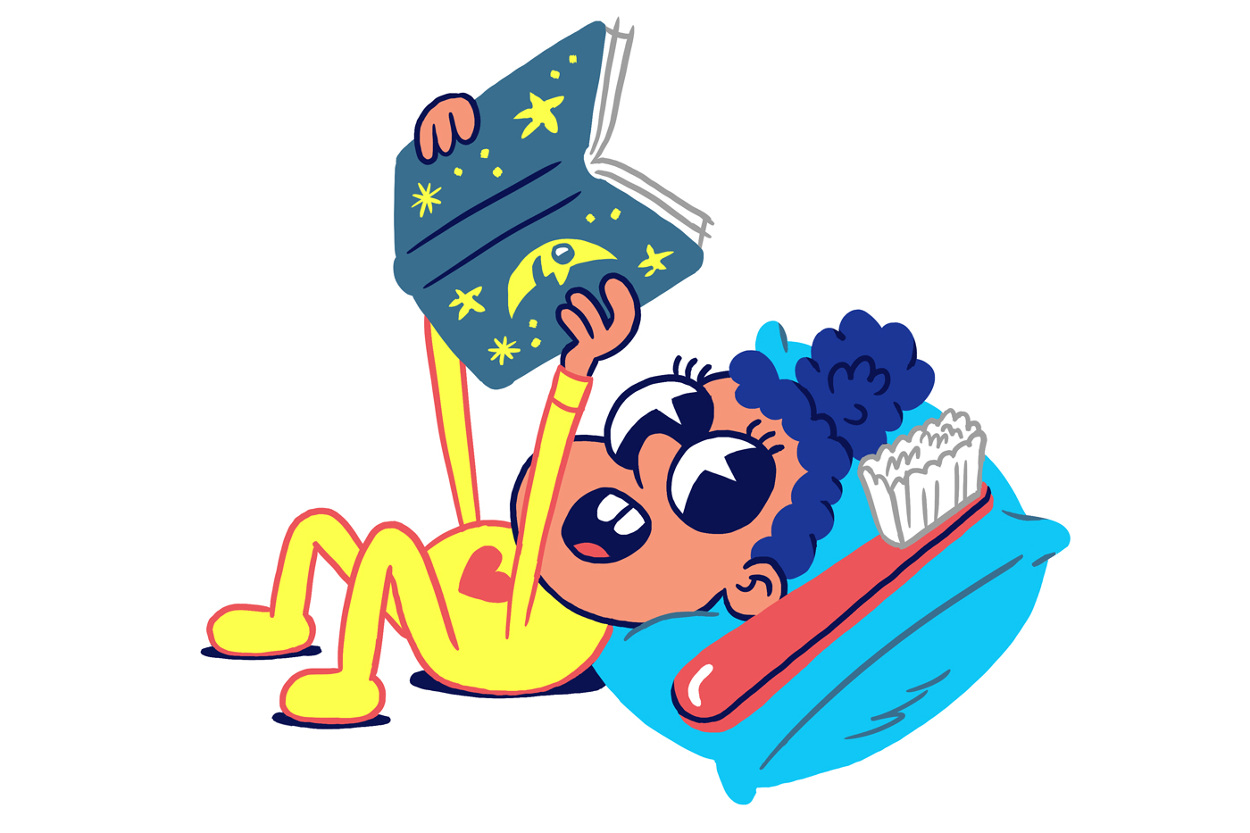 If you could work with any brand, which brand would you choose? What would you do with them? What does the dream outcome look like?
I would choose YouTube. I think it’s such an amazing platform for creators, education, and entertainment. It provides so much value to my life, and I’m thankful it exists. I think my love of YouTube is probably directly related to me growing up in front of the TV. (I sense a theme in this interview.) The dream project would be some sort of advertising campaign featuring tons of illustrated characters and references inspired by popular YouTube videos, channels, and creators. 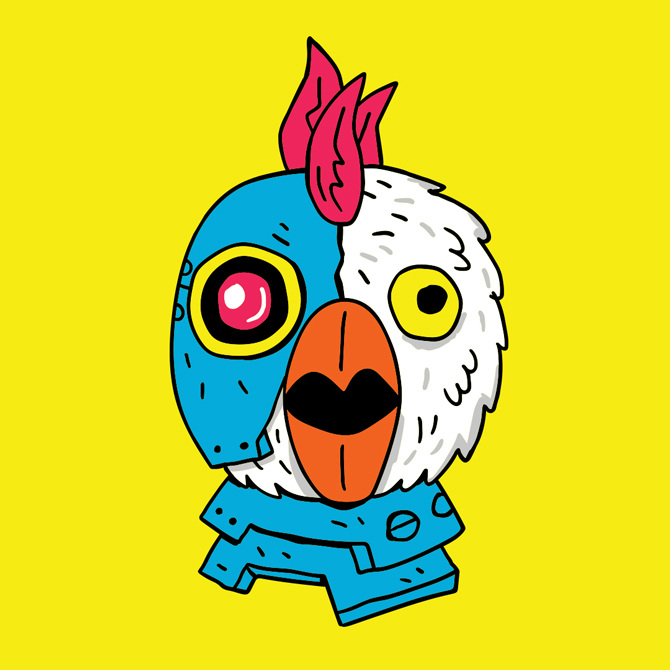 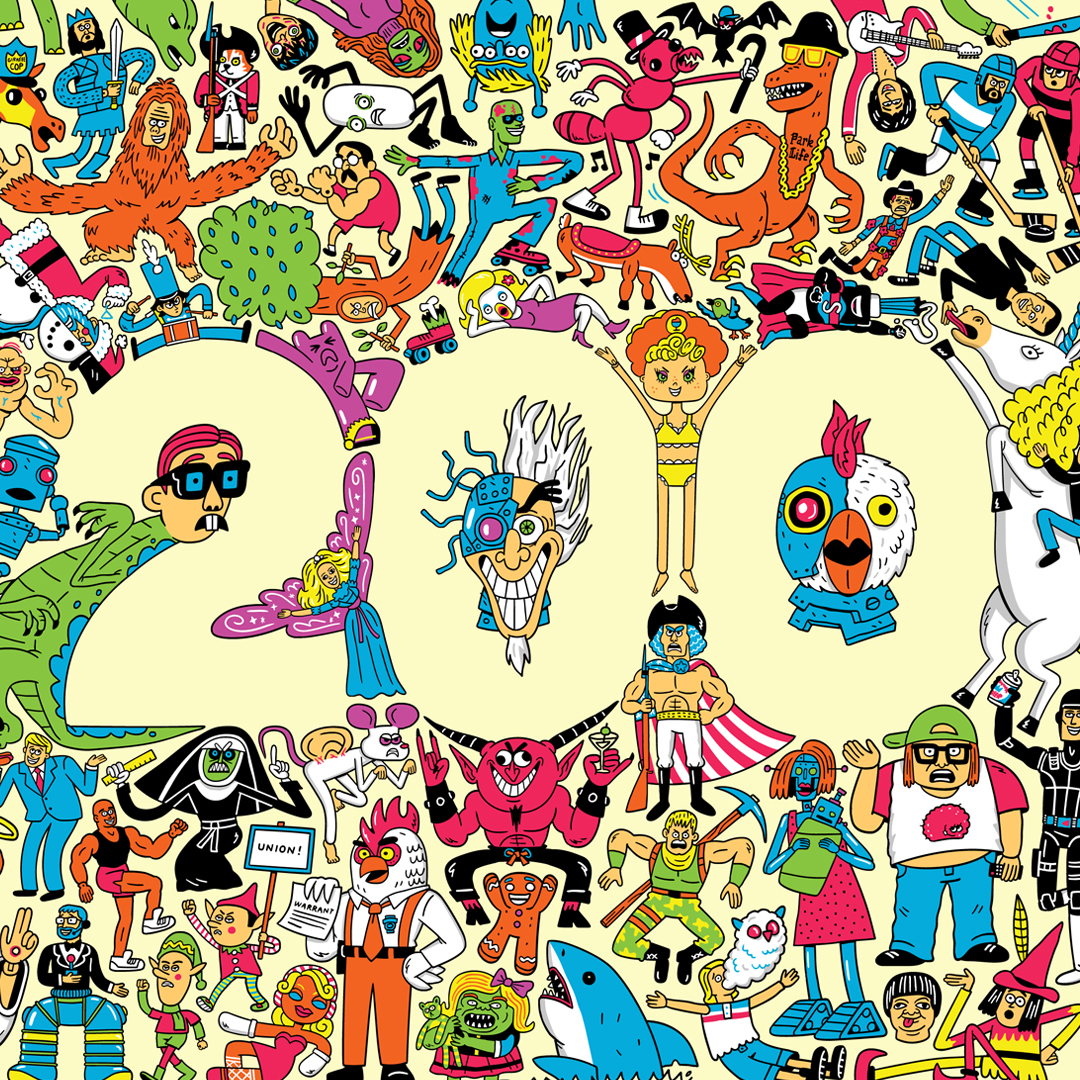 What’s your dream collaboration with a brand of your choosing? Who does it involve? Where is it unveiled? Why does it exist?
This is a similar idea to the YouTube collaboration, but I would love to work with Adult Swim again. I worked with them on a project for Robot Chicken’s 200th episode last year, which was an awesome experience. They were a bucket-list client that I wanted to work with since the beginning of my career. That project involved a lot of characters from Robot Chicken’s 10-year history, so maybe the new project would involve all of the major Adult Swim characters over the history of the channel, unveiled at San Diego Comic Con. I grew up watching Adult Swim as a teenager and stuck with them into adulthood. Their sensibility is right in line with the kinds of things I’d like to be communicating with my work.
What question or questions should we have asked?
I think we covered some good territory. I guess we didn’t talk too much about future plans. I just started a YouTube channel. The idea of the channel is loosely based on the sketchbook class I taught at Pratt. My goal for the channel is to be an extension or continuation of that class, sharing my experiences in illustration, design, animation and everything I love about making art and keeping a sketchbook.
Q&A
Allison Filice
Annica Lydenberg
Greg Kletsel
Michael Freimuth
Yi Pan